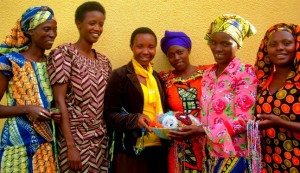 You are terrified and frantic. You cram yourself, with six other women, into a three-foot by four-foot bathroom in a remote corner of your neighbor’s house. In order to survive, you will remain in this space for the next 91 days, with little to eat or drink, hardly room to turn around or stand up, and a toilet you can’t flush—because if you do, the noise it makes will compromise your concealment. Every day, as your body wastes away, you hear men’s footsteps just outside the door. They are the men armed with machetes, spears, and nail-studded clubs. And they’re searching for you—to kill you. As you listen to them pass by again in their endless search, you suck in your breath and pray they don’t open that door…

This is the story of one Rwandan woman who survived the 1994 genocide. As the human death toll rose to approximately 1,000,000 in just 100 days, most women were not so lucky. And the majority of women who did survive did not escape unscathed. They were gang raped; their fathers, brothers, and sons were maimed and murdered; and so, these women were left alone, many inflicted with HIV. 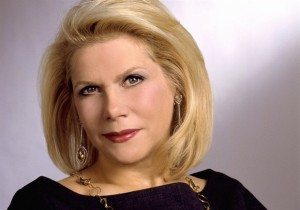 Multi-award-winning Broadway, television, and film producer Francine LeFrak heard the story of these women and knew she had to do something. She dreamt of telling the world about this tragedy and of finding a way to rehabilitate these women. After working for nine years on a documentary depicting the Rwandan tragedy and its aftermath, LeFrak went on to found Same Sky. Her organization, a trade-not-aid initiative—wherein, the women hand-make beautiful beaded bracelets and necklaces and sell them for 100% profit—was created two years ago and has helped these displaced women to thrive. As a LuxEco Advocate, Francine contributed an article in March, 2010 telling about the origin of Same Sky. I recently had the honor of following up with her via telephone; talking about her August 2010 trip to Rwanda, how the women of Same Sky are doing, how big this initiative has the potential to grow, and what inspired her to put her dream into action.

Alanna Brown, LuxEco Living: Francine, thank you so much for your time.

Francine Le Frak: Thank you for having me.

AB, LEL: Of course. Okay, so I’ll jump right in! Please tell me about your most recent visit to Rwanda. How are the women of Same Sky doing? Is the initiative growing? Is there any limit to how big it can grow?

FL: The trip was just unbelievable. It was a beautiful experience. The women are thriving, their HIV numbers have gone down dramatically, they’ve gained weight. Some of the numbers were like, they had 70 red blood cells and now they have more than 700. Which means…their HIV is just really in check. They are doing so well, buying mattresses for their kids, getting cell phones, opening bank accounts, buying uniforms so their kids can attend school. They have money to buy porridge so they have breakfast and the kids feel so much better when they have a mattress to sleep on and they don’t feel ashamed when they go to school. And they’re just making amazing progress as women. And they’re just so happy…When I first met them they were so skinny and unhealthy and now they’re ready for Radio City. They look like the Rocketts! 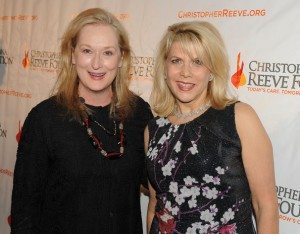 FL: So in terms of what we’re doing, the initiative is growing, we’ve just hired 10 more women and we continue to hire and train more women. And there really is no limit to how big it can grow. In fact, after the genocide a quarter of a million women were raped and a big majority of those women became HIV positive. We want to stay towards hiring HIV positive women because we feel those are the ones who were the most left behind.

FL: And the country of Rwanda has made such strides in 16 years in terms of economic empowerment. They’re building a big convention center, we stayed in a five-star hotel, they have tea and coffee as their biggest exports. They provide 70% of the tea to Pakistan. And they have this coffee shop called Café Bourbon that’s supposedly going to open in New York! Because right now Starbucks’ most popular coffee is from Rwanda. So my point is that in terms of an economy that’s growing, the streets are incredibly clean, the roads are excellent. You can see that this is a county on the move under the leadership of president Paul Kagame. And there’s just tremendous room for economic development. In terms of Same Sky, we’re trying to create and invent new products all the time. We’ve just invented a necklace that’s absolutely beautiful that we’re starting to sell in trunk shows. We haven’t put it online yet but we’re very close to doing that. [Same Sky necklaces now online.]

AB, LEL: I’m sure each of these women claims a piece of your heart as you watch their lives turn around through Same Sky. Is there one woman whose story you could share in more detail? Maybe her name and what she’s been through?

FL: Well I’d love to tell two stories if I could.

FL: One is a woman called Spezaosa. She’s such a beautiful, elegant woman and when she tells her story it’s such a shocker. Because besides seeing her family murdered, she was gang raped by many men and developed HIV and was really completely despondent. She was just so depressed and could hardly speak. When we saw her [during last year’s trip] in Rwanda, she was the woman that led the other women in song. She was so jubilant that we were there and so excited to see us that she led the women in the songs. So just that moment alone was worth the trip for me. I mean, it was so powerful to see this elegant woman who had been through so much be the leader. It was gorgeous.

AB, LEL: And did you say you had another story?

FL: Well I could tell another story of this amazing woman named Bridget who I met the first time when she was so sick and unhealthy. She had been taken, at like age 15 or even younger, as a concubine. She was kidnapped, her family was murdered, and she was taken by a Hutu general. And she lived with him for a number of years as they went from camp to camp during the genocide…And after the genocide she was able to escape with her children—because she had had children with him—and she had nothing. No hope, no family, no house. Nothing. And when we went to see her this time in the survivor village where she lives, and spend time with her kids…this is a woman who is so grateful, so happy. She turned to me and said, “You are my mother, you are my father, you are the grandchildren to my children. You don’t understand what role you play in my life. I started to live again when I started working for same sky.” You know, it’s that sort of thing. And you get that from so many women. And each woman’s story is more horrendous than the next. I can just tell you, one of the women we have sat next to another woman, and that woman’s husband murdered her family. And the story of reconciliation of these two women learning to work together and move on with their lives is just magnificent.

FL: You know, I think I’m so blessed to be exposed by different things in my life. Certainly developing a film on the genocide exposed me to this horrendous story, which I didn’t know anything about, where a million people were murdered in 100 days. But working at the Kennedy School with a woman named Swanee Hunt, Ambassador Swanee Hunt, who was very involved with women who were claiming peace in Rwanda, was an absolute inspiration for me. And made me feel like, with the gender empowerment movement—where, in Rwanda, 56% of the parliament are made up of women, which is the only country in the world where they have that gender disparity in the parliament—I felt compelled to do something on the ground. And during this time I volunteered for Muhammad Yunus and the Grameen America project, which was in Jackson Heights, Queens, where we gave these micro loans to these women who were mostly immigrants to start their own businesses, to take responsibility, to work together. And his model and his book, Banker to the Poor were very inspirational to me. So I thought if there was a way I could do something like that in Rwanda—and I was fortunate enough to meet this Rwandan woman who had been making baskets and working with this company called Fair Winds Trading. And she was willing to start this jewelry project—that I would try it.

AB, LEL: In the aftermath of Rwanda’s 1994 genocide, the success and story of Same Sky is such a tremendously beautiful and inspiring message of hope and resilience. With the triumph of this trade not aid initiative, do you think you will try again to shed light on the women of Rwanda through film?

FL: I just made these short films with Miss Universe and Miss USA on our last trip to Rwanda and they really tell the story. My hope is to bring them to conferences and schools and to get those films out because to me that’s the story. It’s the story of the women; it’s the story of the reconciliation. And it’s on Youtube now, and its on Vimeo, and its on our website, so its easy to access. But we’re going to make sure to tell it to as many people as we can.

AB, LEL: I know the Same Sky work location in Rwanda is said to be a safe haven for those women. What is keeping them safe there? And with rape as a common weapon of war, is there any threat to them while at work?

FL: Not at all. Absolutely none. I mean it’s just, that society, I have to try to kind of paint a picture for you of what it’s like. The streets are clean, they have this thing called gacaca courts where a neighborhood tribe [prosecutes] someone who was involved in the genocide. And when they’re in the process [of convening] they all wear pink and the ones who are sentenced wear orange. And what their sentence is many times is community service. So they’re building roads, they’re helping with the infrastructure of the country. So it’s not like people in jail, it’s very public, and it’s an incredibly safe country now.

AB, LEL: Tremendous… Well that’s all I have for you right now!

AB, LEL: Thank you again so much for your time.

FL: Lovely to talk to you.

Economic Repercussions From an Eco-Friendly Oil Clean Up?