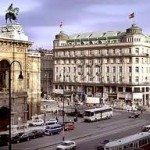 Discovering the finest Austrian Art at the Belvedere Museum and world famous Horses at the Spanish Riding School. A Taste of Sacher Torte. Witness why you want to book today! 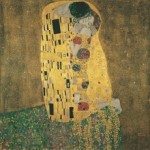 In 1908 Gustav Klimpt unveiled “The Kiss,” an interpretation of Klimpt’s passion for a young lover whose expression of utter rapture revealed more than what is  seen on canvas. Instead, a tale of two lovers, Klimpt himself and his girlfriend, Emilie Floge are ensconced in an embrace whose symbols, his the blending of the rectangular features and hers with circular create a counterbalancing which some critics have purported melds east with west, like so much else in Vienna, as well as hope for harmony.

To stand in front of the this magnificent painting is to say  goodby (emotionally) to the most celebrated painting in the world. The Mona Lisa, a single portrait, is alone in the Louvre compared to the holly gaze and public fascination that stems from the lovers themselves and the chemistry they exude. Klimpt’s artistic revelation for this work marked the end of his “Golden Period.”

Made from real gold, the work remains the most acclaimed achievement by a pioneering artist who is credited as having founded the Vienna Secession, an association that expanded the modern art movement and helped notable artists such as Edvard Munch and Egon Schiele attain greater recognition. Not only artists but psychoanalysts, Freud and Jung.

As for the value of “The Kiss,” it would no doubt be the most expensive piece of art in history if it was ever put up for sale. In 2006, another Klimt painting sold for a then-record $135 million. “The Kiss,” though, isn’t going anywhere. In Austria it’s a treasure — one without a price.

The Belvedere in Vienna holds more Klimpt paintings than any other museum in the world. Photo credit Julia Pelish

The White Stallions are the most famous horses in the world 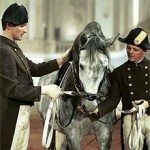 The Spanish Riding School in Vienna is the only institution in the world where the classic equestrian skills (haute école) has been preserved and is still practiced in its original form. Photo Credit Starbild

Many years of training fuse horse and rider into an inseparable unit. The audience is treated to an unforgettable experience by the precision of movement of the Lipizzan horses in perfect harmony with the music. To watch the horses dramatically respond to the music while riders are lifted into their spirits for celebration is a once in a lifetime opportunity which we discovered. 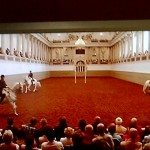 Presentations of the Lipizzans in the most beautiful riding hall in the world, was impressively outfitted by baroque architect Joseph Emanuel Fischer von Erlach between 1729 and 1735. It was originally built to provide aristocratic youths with the opportunity to take riding instruction. Photo Credits Nancy Chuda and Leitarik 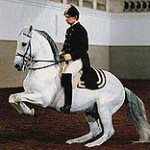 The Lipizzan is a rare and unique breed; its history and culture is known worldwide largely due to the Walt Disney Movie, The Miracle of the White Stallions, depicting George S. Patton saving them at the end of World War II from certain extinction. This created even greater world-wide interest in the Lipizzaner breed. Had it not been for Patton, there would be no Lipizzans today.

Our day began with the morning training of the White Stallions. WATCH!

The Best Tastes in the World- Vienna for Sacher Torte: LuxEcoLiving’s Pic # 1 The Museum Cafe

Watch! The Best Pastries in the World at the Museum Cafe in Vienna 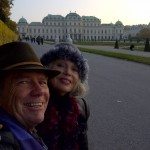 Coming up: Part 3, Best Hotels of Europe Series. Join Jim and me as we discover the culinary secrets of chef Christian at Restaurant Bristol and a visit to Schoenbrunn Palace and view the private collections of the Imperial Family. 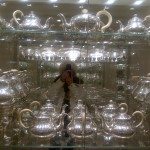 Photo credits above James and Nancy Chuda for LuxEcoLiving Media

A stunning tour reveals more than just history, instead, the magnificent influence of its Empress, Elizabeth known as Sissi.

A picture of the highest Imperial Family photograph by Ludwig Angerer (1859). This is the only archival photo showing Empress Elizabeth with her family, seated with her two children, young Rudolph on her lap and daughter Gisela by her side.

Sissi was known for her extraordinary sense of style and her long auburn colored hair. She was considered one of the most beautiful women in all the world. Join me as we discover the world of fashion that honors her today. 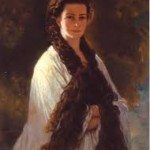 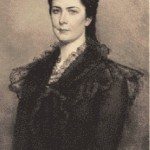 Hotel Bristol is part of the Luxury Collection Hotels and Resorts

How Can I Get My Child’s School To Be Greener &...