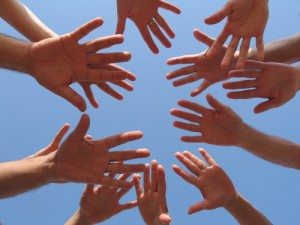 The real goods of a “green shoots” economic revival are already evident, Bernanke told CBS program “60 Minutes” last year, in an interview broadcast which the network said was the first by any sitting Fed chairman in 20 years.

And as our banks begin to stabilize and confidence returns to Wall Street, consumers will rebound with a new sense of wanting to spend their money, but this time wisely and more responsibly.

I would like to think that joblessness will lead to hopefulness. And that our American roots run deeper than a five-dollar foot long sandwich.

I’m a Boomer! And proud of it! Boomers are a big part of the Census. We are a bonus in any culture and in any country. In ours, we are the CC’s of our present economy-consumers and collectors. We like our stuff.

And why shouldn’t we. In the 60’s, some were weed-choked and choc full of hippie ideas but now, green, the color of marijuana, has spurned a movement of no dopes. Today there is a fervent calling amongst our tribesmen and women. “Green Religiosos” are repenting from their sins having spoiled mother earth with their vast patterns of consumption. 75 million are looking for ways to retire. Guess what? We can’t! Not yet. So what’s a Boomer to do?

Buy stock in Depends, and hope they create a G String, or something more fashionable then a disposable diaper? Or we should be become part of a paperless trail and save trees, thereby reducing the use of dioxin and chlorine in our drinking water and help to reduce the omnipresent risk that one out of three (more of us) will contract cancer and not all will survive the odds.

Alternatively, we can join the Y and X Gens and worship the Internet. Find friends on Facebook. Become fans, throw parties, and shame anyone we know who is using herbicides on their lawns.

We are all a chorus for new commodities and are looking for ways to spend. Wisely.

Our new LuxEcoLiving.com green consumer is sort of a hybrid. Part eco-chic and part renewable. We are a growing tribe of experts and citizens who advocate for and how to navigate through the Green (R)evolution to attain vibrant health, peace of mind and inspire others to do the same. We’re the “Good News HubPo.” Positive thinkers who want to share the wealth of knowledge plain and simple. We are the real goods for the whole earth.

We are pairing new-age thinkers with middle-aged doers because time is of the essence and everyone wants to buy. More.

If Federal Reserve Chairman Bernanke’s Green Shoot economy starts to sprout, Boomers will be the most dependable assets of our national economy.

Let the bandwidth begin. We are all LuxEco Advocates.

Trillions and gazillions of megabytes fly through cyberspace 24/7. What are people searching for? Information about health, sex, entertainment, politics, news, business, and green living. What’s missing? The creation of a society whose desire for luxury can turn a wasteful world into a profitable global economy.

We define new-age thinkers and green capitalists as people who are committed to the reduction of greed as it affects our planet. The proprietary right of “ownership” once invented by industrialists like Ford, Luce, and Rockefeller placed unearthly demands on the poor and working class so that invention would become a solitary gift. The scions of America’s history derived wealth for a singular purpose: to rise above the masses that were confined in concrete cathedrals. Wealth became a religion and the destruction of our environment seeped into the landscape from Main Street to Wall Street.

Out of this cultural chaos came new heroes like Helen and Scott Nearing. They wrote a book that became a bible, Living The Good Life: How to Live Sanely & Simply in a Troubled World. In the late 60’s, they created a blueprint for sustainable living by going back to the land to harvest and grow real food while living in a simple structure that demanded only the energy of its cohabitants.

Today, we must become world citizens and strive to coexist in a cathedral which welcomes the new paradigm of living-one for all.

We have to, or will be doomed! In our disposable diapers sitting on the top of a landfill.

Not a pretty picture even in 3D.