This magnificent 5 star Hotel is one of the most precious finds in all the world! Hotel San Régis is just steps away from the epicenter of fashion…and more!

Can you keep a secret? In Paris in the heart of the Golden Triangle, a step away from the most beautiful avenue in the world, the Champs-Elysées, one can call the Hotel San Régis Home.

Originally a private townhouse built in 1857 by Edmund Petit and later acquired in 1923 by Mr. Simon André Terrail owner of the famous restaurant “La Tour d’ Argent, today the San Régis reigns as one of the most highly regarded (secret haunts)amongst Americans and foreigners alike.

It is very difficult to find a small hotel with these qualities in the heart of Paris. Everything about the Hotel San Régis is in the details. From the fine antiquities and art, to the luxurious bedding, to the service and kind generosity of the staff. But what makes the hotel San Régis historic is the fact that it sits in the crossroads of fashion. It is truly in the epicenter of trademark brands like the Christian Dior boutique and Avenue Montaigne and because of this location it has become the personal runway for fashion personalities and celebrities alike:Carmel Snow, Editor of Harper’s Bazaar, Lauren Bacall, Romy Schneider, Gene Kelly, Jacqueline Bisset, Candice Bergen and my friend Meryl Streep. 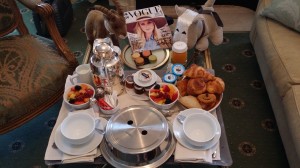 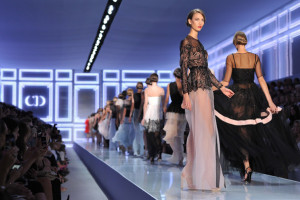 What began as a dream continues to propel his passion 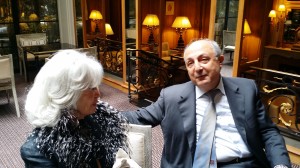 LuxEcoLiving photo credits Nancy Chuda with Elie George
Holding the baton of luxury and waving it like a magical wand, since 1984, Elie George, a Lebanese business man became captivated by the quiet and serene location in the heart of one of the most prestigious neighborhoods and decided along with his brothers, Maurice and Joseph to take on this charming facade with its tireless bones and royal ancestry and turn the San Régis into the ultra luxury hotel it is today. His vision then was to enhance its characteristics but keep the intimate qualities of a private home so that guests (many of whom are frequent visitors) could reside with all the comforts and meticulous care provided. Mr. George has left not a single detail untouched. From the simple beauty of the floral arrangements which adorn the lounges and the exclusive Les Confidences du San Régis, to the parlors and the outdoor terraces. Each suite contains original impressionistic art which has been his true passion as a collector. 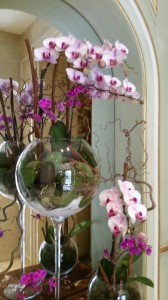 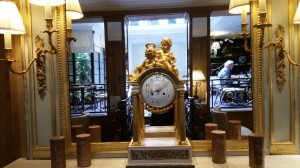 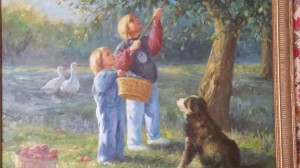 A remarkable achievement supervised by the French interior Designer Pierre-Yves Rochon. From then on, Mr. Elie Georges never stopped improving the hotel in every little detail, pushing the San Régis to its new position within the very privileged world of luxury hotels. In my opinion having stayed in the very best 5 star hotels in Paris, the Hotel San Régis is far superior in every aspect of many of its larger 5 star luxury counterparts. If one could define this interpretation based on experience, I would say, the passion of Mr. George’s dream enables guests to live and languish in a museum like atmosphere without the chaotic disruption from the displeasure or grievances of guests who consider themselves royals and think they deserve to be treated like one. No! you will never hear or be subject to that in the magnificent House of Georges.

I would personally like to thank Sabrina Blanc Miele for making our stay so relaxed and enjoyable and for imparting her knowledge about the San Régis. 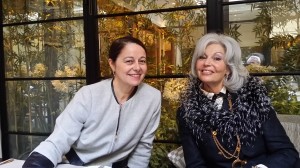 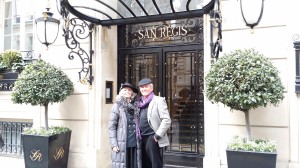 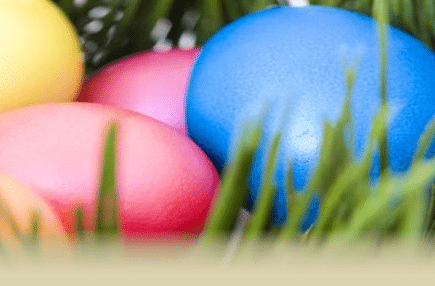