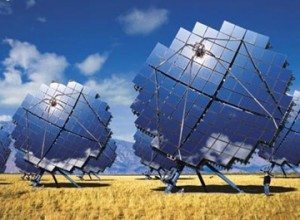 Needless to say, the Deepwater Horizon oil spill in the Gulf of Mexico has devastated the United States’ $2 billion seafood industry and left thousands without jobs. Fisherman, truck drivers, restaurant owners, boatman and many more have been impacted; consumers have already begun to feel the upshot as seafood prices climb nation wide. An article in The News Tribune says, “Not only is America’s refusal to embrace clean energy endangering human health and wildlife, it is also costing us jobs, which are precious commodities in this time of economic hardship.” In addition to the job loss, 200,000 gallons of crude oil flooding the Gulf daily cannot be ignored. It is no secret that this disaster will have crippling repercussions on our ecosystem for decades to come.

As both economic and environmental panic swells in the Gulf, it seems we are at a crossroads; as a nation, we will have to make a choice between the lesser of two evils. Keep the oil flowing in order to save jobs, or shut off the pumps and begin the switch to clean energy. Which is the lesser evil?

Newsweek informs us that Louisiana federal judge Martin Feldman clearly considers our environmental crisis to be the lesser evil, regarding our economic straits as the bigger issue to resolve. On Tuesday July 22, he overturned Obama’s moratorium on deep water drilling, which passed in May. The judge’s annulment—which the Obama administration is planning to appeal—came under a clause stipulating that the courts may overturn federal rule deemed “arbitrary and capricious.” Feldman’s presumed reason for overruling the suspension was to preserve our already suffering job market. However, an article in the San Francisco Chronicle draws our attention to Feldman’s assets and questionable interest in the case, quoting blogger Yobie Benjamin. “It’s a disgrace that Judge Feldman didn’t recuse himself from the case,” says Benjamin. “If there was ever a classic example of conflict-of-interest, Feldman’s picture would be right next to it. In the latest available financial disclosure forms, Feldman owned stock in Transocean and five other companies that are either directly or indirectly involved in the offshore-drilling business.”

Whatever Feldman’s true interests, it cannot be denied that a moratorium would have immediate and long-term negative effects on the job market. With 100-200 workers on every platform, and between 20 and 30 of these offshore drilling platforms, not to mention the strain on supply and demand among Gulf Coast businesses, many would lose jobs. One source estimates that Obama’s decision would force tens of thousands of Gulf Coast workers to lose employment. A Forbes post by Stratfor, a global intelligence group, says that an appeal on Feldman’s ruling is risky for Obama. Stratfor writes, “Obama could be able to capitalize on public outrage at the oil companies and demonstrate his commitment to stronger regulation, but he also must walk a fine line to show that he is concerned with jobs and the economy in the Gulf region.”

Yet, how can we watch this disaster in the Gulf destroy marine wildlife, devastate the ocean, and—yes!—deflate our fishing industry and coastal economies, and say KEEP DRILLING! It seems grossly paradoxical to continue the very practice that has led us to this collapse. The Exxon Valdez spill  in Prince William Sound was a mere fraction of the spill we are dealing with now and 20 years later, the Alaskan shoreline is still contaminated with over 26,000 gallons of oil. Hundreds of thousands of animals were killed, with long-term effects on many Arctic habitats, and a decline in salmon fishing. Those types of effects in the Gulf will be felt exponentially, for an exorbitant number of years longer.

Going beyond the present, what’s to say this will not happen again? Deepwater drilling is, by nature, treacherous for workers and unsafe environmentally. Bryan Walsh, a writer for Time’s Ecocentric blog, questions whether there was adequate proof for Feldman to overrule the blanket ban on drilling that would be necessary to ensure safety. “Most damming,” Walsh says, “oil industry executives themselves admit that they can’t really respond to a blown well thousands of feet beneath the surface of the ocean. That much is obvious every day—and it seems nothing short of crazy to continue digging holes deep in the ocean that we can’t fix. We need time to make that right.”

So is there an answer? A compromise? Or must we really be forced to choose between our present economy and future environment? …What about a trade of oil jobs for clean energy jobs? Even BP is prepared for this switch, with their circumstantially ironic branch, BP Solar. The site advertises, “Solar electric systems give you the chance to make a positive impact on the environment. Because you’re creating clean, renewable energy, you’re reducing harmful greenhouse gas emissions and improving air quality, which benefits all of us.” The bottom line is, we are going to have to make the switch at some point, and the job market is going to take a hit. What better time to make the switch than when oil is already down?

The News Tribune, quoted earlier, also writes, “Several energy companies, including GE and BP Solar, recently announced plans to invest millions of dollars to develop and expand clean energy facilities — not in the United States, where such investments and the jobs they bring are desperately needed — but in Europe and China. We need incentives for green energy jobs here at home.” Some might argue that we are not prepared for this switch; our nation’s power grid is not equipped to transmit energy from hydroelectric, geothermal, solar, wind, wave, and biomass resources. Why not make it equipped? And who else to employ for the job but the unemployed? Furthermore, once outfitted, renewable energy jobs are nothing so foreign. The clean energy industry, just like any other, requires salesmen, analysts, budget managers, project managers, business developers, engineers, advertisers, and the list goes on.

In the end, maybe it doesn’t have to be a choice between the lesser of two evils. Maybe there is a third option, and the choice is obvious.