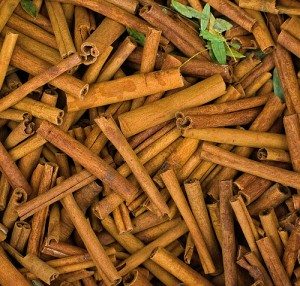 By F.R.E.E Will, LuxEco Editorial Assistant, Author of In The Spice Cabinet series

According to the calendar, autumn has arrived.  And although the current weather pattern in no way reflects the current season (at least here in L.A.), Thanksgiving looms near and after that Christmas and other winter celebrations are soon to follow.  That means plenty of some the most savory, mouth-watering, and sweetest dishes you will feast on all year.  So for the next few installments of the In The Spice Cabinet series, I’ll be focusing on seasonings and spices more readily associated with the holiday season and how they can not only be used to bring out the best flavor in your favorite dishes, but also their effectiveness in dealing with ailments that, ironically, arise from eating too much.

It’s a safe bet to say that there aren’t too many people in the world who haven’t experienced the warm soothing smell of cinnamon as it slowly bakes into your grandmother’s extra syrupy sweet potatoes, or as it blends with the apples and buttery crust from your mom’s apple pie.  What most of us, particularly in the Western World, fail to realize is that we are victims of a very cruel irony.  While we are all familiar with its use as flavoring in our favorite sweet indulgences, the benefits from its use may surprise many (I’m rather surprised myself).

Originating, like so many other spices, from the island archipelagos of Asia (Borneo, Burma, Indonesia, etc.) and China, cinnamon is the dried inner bark from the young shoots of the corresponding plants.  Belonging to the same family as the Laurel tree (think bay leaves), cinnamon plants actually vary depending on the region grown and concentration of volatile oils.  But for the sake of this series, the focus shall be on only two types of cinnamon plant: the Cassia plant (Cinnamom aromaticum) and Ceylon (C. verum or C. zeylanicum), or sweet cinnamon.

The use of cinnamon dates all the way back to 27oo B.C. as an ingredient in Chinese herbal remedies, and has been used throughout history for everything from a natural preservative for meat in the Middle Ages to an embalming agent for mummification by the Egyptians.  The warm feeling that we are so accustomed to feeling upon ingestion of cinnamon lends itself to the soothing of achy joints, the easing of digestion, the stimulation of circulatory system and even the elimination and prevention of certain types of fungus, and bacteria.  These anti-fungal/bacterial properties are due to in large part to a group of key compounds found in the oil contained in the spice.  Of these compounds cinnamaldehyde is the most abundant, and together with other key components cinnamyl acetate and it’s counterpart cinnamyl alcohol work in conjunction with the body’s ability to fight off infection on a cellular level with surprising and wide-ranging results.

Studies have shown that the cinnamyl compounds found in cinnamon play a vital role in the maintaining of proper circulation by targeting platelet cells in the blood, preventing unwanted clotting by inhibiting the secretion of a type of acid secreted by platelet cells that cause them to become inflamed, thereby limiting blood flow. Paired with the spice tumeric in the creation of curry dishes, the ability of cinnamon to reduce fat levels in the blood increases due to the arterial cleansing features of tumeric as well.  Of an even greater discovery is the role cinnamon plays in treatment and even prevention of Type II diabetes. The compunds found in cinnamon have been found to counteract the effects of insulin resistance, which occurs when there is a rise in blood sugar levels due to the consumption of overly processed, heavily sweetened foods.  What results is the catastrophic shutdown of cells due to their resistance to insulin and therefore the cells are unable to take in the glucose (sugar) needed in order to maintain proper cell function. Cinnamon helps to maintain healthy cell receptivity to insulin, allowing them to process glucose that the body needs to sustain energy levels. 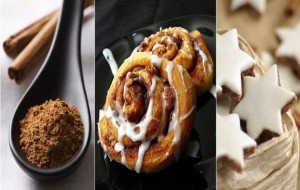 The compounds in cinnamon also interact with the body and slow the emptying of the contents from the stomach into the intestine resulting in the slower release of insulin into the bloodstream.

The irony of all of this comes from the fact that most foods containing cinnamon are the same foods with the high glycemic index that cause blood-sugar levels to skyrocket and contribute to the onset of diabetes and other blood-sugar illnesses.  So just as a point of reference, eating a couple of Cinnabon cinnamon rolls would be a counter-productive move of epic proportions. What has been shown to be particularly effective is the combination of honey and cinnamon. Besides being naturally sweet, honey has a lower glycemic rating which means it is absorbed into the body at a slower rate and doesn’t raise blood-sugar levels sharply the way table sugar or high fructose corn syrup would, making it not only suitable for diabetics as a natural sweetener, but for the rest of the general public as well. When combined with cinnamon in the appropriate doses, the mixture is able to counter the effects of everything from indigestion, colds, and even pimples!

Unfortunately what many people, particularly in the U.S. and Canada consume in mass quantities every year, is actually the inner bark of the Cassia variety and is of a lesser quality and is in part distinguished from the sweeter Ceylon variety (often referred to as “true” cinnamon) by its more pungent aroma, slight bitterness in taste and coarseness in texture.  The other distinguishing characteristic between the two types are the quills, commonly known as the stick.  Upon the stripping of the bark, the  quills tend to fold inwards, the bark of the Ceylon variety resembling many layers folded onto one another and is easily ground up with nothing more than a spice grater.  The bark of the Cassia however is one thick continuous piece and requires a little heavier processing in order to turn it into the powdered version that makes it into the stores.  The processing of the Cassia variety also yields a heavier oil compared to that of Ceylon and lends itself and it’s compounds (which differ slightly in content) to the manufacturing of other products like soaps, perfumes, and for aroma therapy purposes. 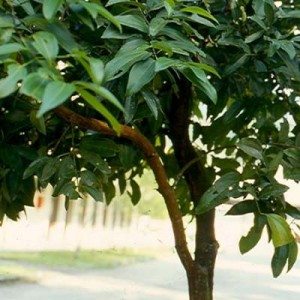 So if you’re looking for some healthier cooking ideas with this particular confection, try adding a little bit of cinnamon to your daily dose of applesauce (I speak from experience on this one), add a stick or two (easiest way to extract the tannins from the Cassia quill– but not while the liquid is boiling ) to your holiday cider or spice wine; or even take your favorite sweet potato recipe and substitute butternut squash (when paired with nutmeg, sugar from evaporated cane juice and honey, I’m sure few could tell the difference).  And of course in the case of diabetics (or anyone for that matter) a low glycemic diet along with the use of cinnamon yields better results in weight control and overall benefits from the use of the spice. As always, if you are considering adding supplements to your diet, consult a physician to learn about any potential side effects. Until next time, here’s to good eating and healthy living.

INSIDE LOOK: Lisa Gautier, of Matter of Trust, ‘Raises Hair’ on...