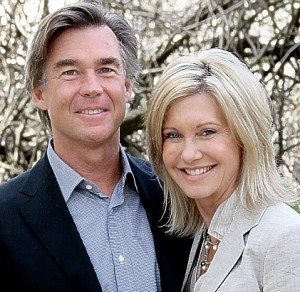 Olivia Newton-John and John Easterling, both ardent environmentalists, were married in July of 2008. They have since used the power of their union, their individual celebrity, and their heartfelt enthusiasm for wellness to bring healing to the world. Each has suffered bouts with illness and discovered the earth’s natural medicinal bounty on the road to recovery, awakening them to not only the importance of environmentalism but also of conservation. The LuxEco advocate couple, always on the go—from performing at the Pink Ribbon Gala in Vienna to harvesting anti-oxidant fruits in the Peruvian rain forest—spent some time on the phone with me, discussing their passion. 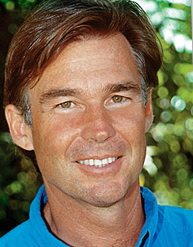 John Easterling, founder of Amazon Herb Company, was one of the first people to recognize the importance of preserving the Amazon rain forest. Prior to his discovery of the abundant Amazonian plant life, John owned Raders of the Lost Ark, a treasure hunting company that searched areas in South America for lost cities of gold and ancient artifacts. While excavating pre-Colombian riches and dealing them to museums and collectors, the Peruvian rain forest always fascinated him. As he was inflicted with Hepatitis Rocky Mountain Spotted Fever at the time, the natives fed John a tea infused with botanicals, herbs, and a tree sap called Sangre de Drago. Within days he felt a complete turn around in his condition. “It was a very profound space for me,” he said.

With that said, I wanted to know if this was what inspired him, what set him on the track he’s on today. “Gee whiz,” he told me he’d thought in light of this rapid rehabilitation, “all these years I’ve been coming down, chopping this stuff down, looking for treasure. I mean, the real treasure is growing right out of the ground—100,000 species of plants.” John soon came into contact with Nicole Maxwell, an Amazonian wildlife photographer. This woman would become his mentor, having an incredible story of healing herself. As John would find out, Maxwell had suffered a dire machete wound to her arm while in the Amazon during the mid-1900’s. The locals dripped Sangre de Drago tree sap into the wound and it healed with barely a scar. She was so amazed that she spent the next 30 years living in Peru, studying medicinal plants and writing the book Witch Doctor’s Apprentice: Searching for Medicinal Plants in the Amazon. Thereafter, John took up Maxwell’s tenure, selling his treasure company and starting Amazon Herb Company.

Beginning to extract a new kind of treasure in the Amazon begot new practices. As John no longer dealt with specific objects but rather with a virtually limitless healing and conservation effort, the business model changed. Instead of trading blowguns and ceramics to only certain people, he was harvesting plants and botanicals, which widened the benefit to include entire native communities. He described the business model as a natural evolution, saying, “It became not only an income stream for them, but just gave way for us to realize this treasure and to complete that circle of healing back to them.” Additionally, the progression of Amazon Herb Company has provided indigenous people with jobs, helped them to attain land deeds, established solar power wave radios, etc.

“Camu, Camu—it’s so good you have to say it twice,” John laughed when I asked him about Camu, the earth’s most anti-oxidant resource. “Camu Camu is a shrub, a small tree, that grows in the Amazon flood plain…when the rain waters come, during the rainy season, the flood waters rise like 30 feet, so these trees are 3 or 4 feet under water for several months at a time. The rain comes in and picks up the biomass of the entire Amazon and moves it around and settles around these Camu trees, so that these trees have a diet like nothing else. They concentrate the nutrients into the fruits. And a Camu Camu fruit is known for the highest concentration of naturally occurring Vitamin C on earth.” The Camu fruit is also rich with leucine, valine, and serine amino acids, lactic acid, cursatin, and anti-inflammatory agents.

I happened to ask John about one of his products, Zamu, just after Olivia had handed him a glass of it to drink. As he sipped the beverage, he described to me the benefits this mixture would have on his body. Zamu, a blend of Camu fruit, cacao, cinnamon, mango, pineapple, and Sangre de Drago, “Tastes good, feels good, and does good,” he said. Cacao contains polyphenols for immune support, provides wonderful circulation to the brain, and also acts as a great transport for Zamu within the body. Cinnamon helps balance blood sugar and studies have shown that it also improves cognitive brain function. Mango, rich with beta-carotene, improves long-term memory while pineapple contains the anti-inflammatory, bromelain. And we’ve already learned about the incredible power of Sangre de Drago. “Every ingredient is certified organic,” John explained. “There’s no preservatives, no stabilizers. Everything in there is from the rain forest.”

Also be on the lookout this month for the new Amazon Herb product Camu Gold, which will replace the Camu Liquizons. Camu Gold bestows all the anti-oxidant and Vitamin C benefits in a drop from a convenient squeeze bottle rather than capsule-form.

As an avid conservationist, John is excited to have his company in support of the ACEER (Amazon Center of Environmental Education and Research) foundation. Many prestigious people are involved with this foundation, including Dr. Roger Mustalish, Dr. James Duke, and a representative of National Geographic. The main purpose of the program is to put schools into remote indigenous communities. “These schools will really have a focus on biodiversity and ecological education,” John told me, “so that the children in these communities can understand the value of the rainforest outside of their community.” Thus, they are taught the value of their immediate environment from a global standpoint.

When asked what his favorite LuxEcoLiving things are, as in foods, eco-travel experience, healthy products, sleep, etc… John replied, “I like all of the above.” However, his preferences among them are food and eco-travel. As eco-travel becomes more popular, he recognizes it as a great way to cultivate peoples’ understanding of an ecological point of view; travelers learn and yet still have the luxury of vacation. “A big part of the understanding is really, how we spend our money is how we vote in the world,” he said. “When we consciously spend money on healthy products and sustainable goods, that’s what encourages more of that to happen…people are recognizing that the consciousness has shifted so more and more of that is coming and LuxEcoLiving is on the very front end of that.” 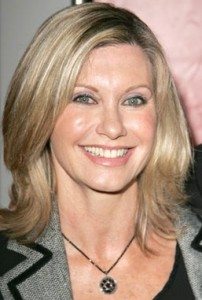 Singer, actress and founder of the Olivia Newton-John Cancer and Wellness Centre, Olivia Newton-John, was diagnosed with breast cancer in 1992. When I asked her how surviving breast cancer has changed her life, she responded, “It changed my life in an amazing way…my whole life revolves around health and I think if I hadn’t gone through the experience maybe this wouldn’t have been so prominent in my life…it was a gift of growing and learning.” The words of long-time friend Jim Chuda—“Congratulations, for now you will grow”—upon learning of her diagnosis also helped her through that time. She shared how the experience was a catalyst for her activism regarding the disease and spawned her involvement in health issues.

When first diagnosed, Olivia’s treatment largely involved Western medical protocols, such as chemotherapy. However, she discovered and employed the remedial blend of Western and Eastern treatments. Ingesting herbs, receiving regular massage therapy, and practicing yoga, acupuncture and meditation all counter-balanced her chemo. She now vies to raise awareness about holistic medicines as an integral part of the healing process, thus founding her cancer and wellness centre.

Through striving to bring awareness about “the whole person” Olivia has had major impact on medical communities. In light of this fact, I wanted to know more about the ONJ Cancer and Wellness Centre. “I really [had] to ask that we put a wellness center in there,” she said of the development and its co-founders. “Cancer and wellness is a positive sign for people…and to incorporate these other therapies and keep the body, mind and spirit in a positive way was really important to me.” In addition to having a focus on wellness, the ONJ Centre will have state of the art technology and cancer treatment, and affiliation with the Ludwig Institute, known worldwide for its research.

When asked what her favorite LuxEcoLiving things are, as in foods, eco-travel experience, healthy products, sleep, etc… Olivia said, “All of those sound good to me!” She loves good food, of course uses all of John’s Amazon Herb health products, and would enjoy more eco-travel. She also told me about her Australian spa, Gaia Retreat and Spa in Byron Bay, which serves organic food and is environmentally conscious. 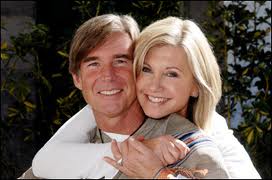 One of the final questions for both John and Olivia was an inquiry about the biggest challenges they face as a couple. They seemed to agree that traveling as much as they do can get tiring. “We’re so excited just to be home,” John said. “We keep hoping we’ll be able to take a vacation and just be home.” Here I learned that the longest stint they’ve been home in the past 3 years was a 3-week stay. (An unusual, yet peaceful concept that for them, vacation is simply being home.)

John mentioned that access to nutritious food can be a challenge, although many cities are improving this. Also, adjusting to time zones is rough. However, they both kept returning to the positive, as John added, “You know, as long as we’re together we just share a spirit of adventure and we have fun, and maintain a sense of humor about the whole life experience.”

Olivia’s first response was, “I agree with John, just being in one place [would be nice]!” She continued on to share that they have an amazing relationship, they travel well together, and they are both flexible, able to take life one day at a time. With Amazon Herb Company and her career, in addition to the ONJ Cancer and Wellness Centre, they have much to do. “We both live in the moment and try not to stress about tomorrow,” she said, and then laughed as she voiced her next biggest concern, which was, “Where do you do your laundry? You’re moving around so much…when you get to a hotel you just throw things into the laundry, because you never know where the next place is going to be!”

For more information about the herbs please visit http://www.olivia.amazonherb.net