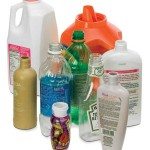 Common items in your home that you interact with on a daily basis could be exposing you to chemicals causing health problems including cancer. Anything from food wraps to television are included in a list of these items, though the list is actually more extensive.

CNN’s coverage of Toxic America aims to expose American’s to the harmful toxins that they encounter. Coverage so far includes a list of the five most common chemicals, what they do, where they are found, how people are exposed, and the potential health effects. Some information about regulation of these chemicals and what can be done to reduce exposure is also included.

These chemicals are in an alarming number of household products, some of which are entirely surprising. Plastics are the biggest offender but items such as shampoo and couch cushions are also just as guilty because they contain toxic chemicals. Everyone’s health is at risk but children are in the most danger. Not only are they exposed to these chemicals in the same way that adults are but some exposure starts as early as a fetus in the womb and can be transferred to infants through breast milk. Bioaccumulation, or the build up of a substance in the body, is another potential side affect of ingesting chemical toxins. Higher levels of build up result in greater health risks. No longer are we content to mindlessly throw products in our shopping cart. Consumers must take a role in being savvy, educated consumers in order to protect themselves and make wise choices for their families.

Bisphenol A– More commonly known as BPA is used to create plastics such as polycarbonates that are virtually unbreakable. It can be found in items such as water bottles and tableware and has been linked to cancer as well as a disruption to the female hormone estrogen.

Phthalates– These chemicals are generally used to soften plastics and create chemical bonds. Phthalates can be found in daily household items including shampoos and soap and other items including medical products not limited to IV bags. Recent studies have linked phthalates to Attention Deficit Hyperactive Disorder.

Perfluorooctanoic acid– Also known as PFOA or C8 is used to make non-stick products such as Teflon, generally used in cookware. Studies are linking PFOA to cancer and developmental problems.

Formaldehyde– This chemical is used to make resins found in some glues which are used to bond building materials like particle board and fiberboard and is even used in some heavier fabrics like those used in drapes. Formaldehyde is known to cause cancer, but also a number of other unpleasant symptoms from skin irritation to naseau.

Polybrominated diethyl ethers– Shortened to PBDE’s, these chemicals are used to stop fires from burning as fast. They are found in a number of electronic items including computers and also in foam used to make furniture. The chemicals build up in the body and have negative effects on vital organs.

A Full Report can be found here.